The Modern Harpsichord Twentieth-Century Instruments and Their Makers 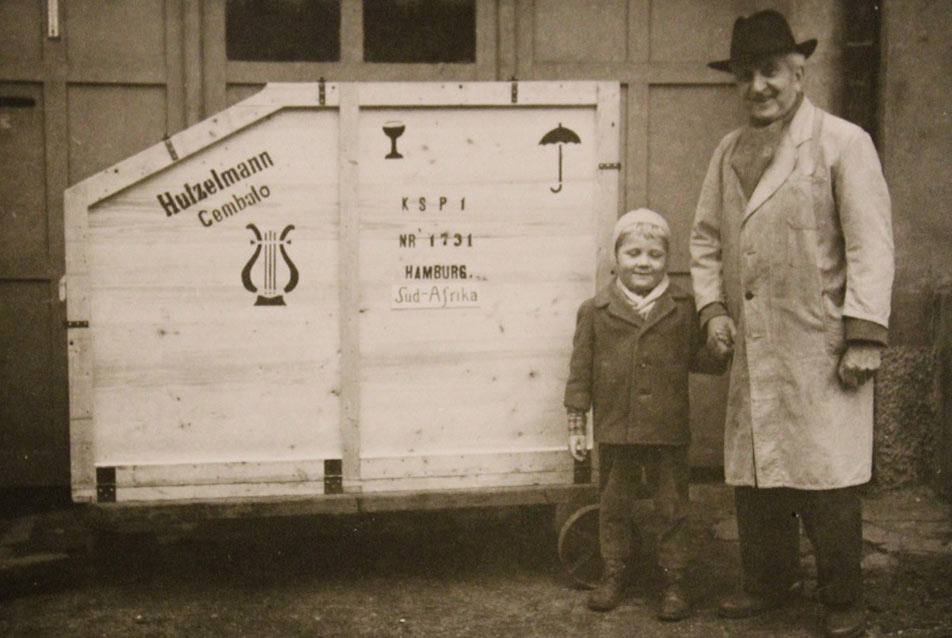 Kurt Hutzelmann, born in Eisenberg in 1889, has been in business since 1919, and is still at it, Werkzeug in der Hand (tool in hand) at 80, as one of the many newspaper clippings about him puts it. Hutzelmann is basically a piano maker and has a number of patented inventions to his credit.

Harpsichords have been made in Eisenberg location since 1927, and he has evidently spent a good deal of time on modernizing the harpsichord. (“I am always searching for new paths.”) The new paths have led to a metal frame; a jack which forces the tongue out of the string’s way upon the jack’s descent; and an overhead damper and sustaining pedal allowing all dampers to rise as in a piano.

That Hutzelmann is somewhat out of touch with the rest of the world is revealed by his answer to the question of whether he had any instruments in America. “No,” he wrote in his reply, “but in 1939 two gentlemen from Cincinnati visited me.” Hutzelmann’s brochure is almost totally devoid of technical information, even to omitting the number of strings or stops. An instrument referred to as “The Harpsichord of the 20th Century” (Model C54) seems to have 1 x 8’ and 4½ octaves. Another one, Model C66, appears to have 5½ octaves (GG-c⁴) and contains either one or two sets of strings. The one detail given, a weight of 320lbs, speaks for itself. Except for the treatment of the slanted cheek fronts and the depth of the case, the instrument is almost identical to a small grand piano in appearance.